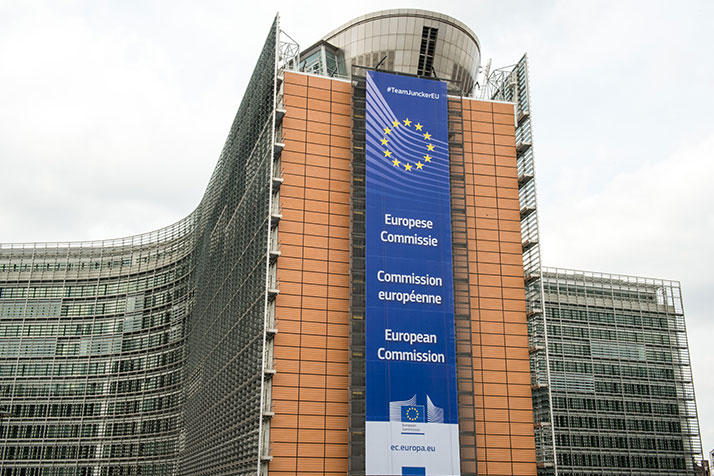 Today, the Commission referred Greece and Romania to the Court of Justice of the EU for failing to implement the 4th Anti-Money Laundering Directive into their national law.

Ireland implemented only a very limited part of the rules and is therefore also referred to the Court of Justice. The Commission proposed that the Court charges a lump sum and daily penalties until the three countries take the necessary action.

Věra Jourová, Commissioner for Justice, Consumers and Gender Equality said: "Money laundering and terrorist financing affect the EU as a whole. We cannot afford to let any EU country be the weakest link. Money laundered in one country can and often will support crime in another country. This is why we require that all Member States take the necessary steps to fight money laundering, and thereby also dry up criminal and terrorist funds. We will continue to follow implementation of these EU rules by Member States very closely and as a matter of priority."

The Member States had until 26 June 2017 to transpose the 4th Anti-Money Laundering Directive into their national legislation. These rules reinforce the previously existing rules by:

strengthening the risk assessment obligation for banks, lawyers, and accountants;
setting clear transparency requirements about beneficial ownership for companies;
facilitating cooperation and exchange of information between Financial Intelligence Units from different Member States to identify and follow suspicious transfers of money to prevent and detect money laundering or terrorist financing;
establishing a coherent policy towards non-EU countries that have deficient anti-money laundering and counter-terrorist financing rules;
reinforcing the sanctioning powers of competent authorities.
Meanwhile, in the wake of the Panama Papers revelations and the terrorist attacks in Europe, the Commission proposed a 5th Anti-Money Laundering Directive to further step up the fight against money laundering and terrorist financing. These new rules aim at ensuring a high level of safeguards for financial flows from high-risk third countries, enhancing the access of Financial Intelligence Units to information, creating centralised bank account registers, and tackling terrorist financing risks linked to virtual currencies and pre-paid cards. These new rules entered into force on 9 July 2018 following its publication in the EU´s Official Journal and Member States will have to transpose the 5th Anti-Money Laundering Directive into national legislation by 10 January 2020.

In the meantime, a majority of Member States have adopted the relevant laws. The Commission is now carefully analysing whether these laws completely transpose the provisions of the 4th Anti-Money Laundering Directive before deciding on whether closing or proceeding with further infringements against Member States.

In July 2017 the Commission opened infringement proceedings for non-communication of the transposition measures and sent a letter of formal notice to sixteen Member States, who had either not notified any measures (Bulgaria, Cyprus, Estonia, Greece, Finland, Hungary, Luxembourg, Latvia, Malta, the Netherlands, Poland, Portugal, Romania) or whose measure were not satisfactory (Ireland, Lithuania, Slovakia).

In November 2017 (Belgium and Spain) and January 2018 (Austria and France), the Commission opened infringement proceedings for non-communication of the transposition measures as the measures notified by these Member States represented only a partial transposition.

Last December 2017- 8 Member States (Bulgaria, Cyprus, Greece, Luxembourg, Malta, the Netherlands, Poland and Romania) had not yet notified any transposition measure. The Commission therefore sent them a reasoned opinion.

In March 2018 the Commission also sent a reasoned opinion to Slovakia and Ireland who - despite having notified to the Commission a partial transposition - had not yet transposed the main obligations of the 4th Anti-money laundering Directive into their national law.