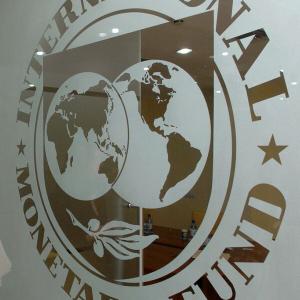 IMF Executive Board Concludes Article IV Consultation with Romania and Ex-Post Evaluation of Exceptional Access Under the 2013 Stand-By Arrangement
May 25, 2017

On May 22, 2017 the Executive Board of the International Monetary Fund (IMF) concluded the Article IV consultation [1] with Romania.

Growth is expected to reach 4.2 percent in 2017—supported by continued stimulus to private consumption from a new round of fiscal relaxation and wage increases—and to moderate to 3½ percent in the medium term. A reorientation of policies—from stimulating consumption to supporting investment—is required to reduce poverty, raise medium term growth, and accelerate the pace of convergence towards the EU’s income level.

The main risks to the economic outlook include a perception of weakening fiscal prudence or institutions, which could adversely affect market confidence. This, together with heightened political tensions, could erode consumption and investment, increase the cost of government borrowing and put pressure on the exchange rate which would affect banks’ balance sheets through their FX exposures. Maintaining adequate reserve levels, a flexible exchange rate, and fiscal buffers will help against such risks. Prudent economic policies and visible steps to accelerate the pace of structural reforms and improve governance would send a powerful signal about Romania as a good place for doing business.

The Executive Board also discussed an ex post evaluation of the precautionary SBA with Romania approved in September 2013. The ex post evaluation finds that while policy objectives under the program were broadly appropriate, and some progress was achieved, setbacks on key structural reforms and concerns about the quality of fiscal measures prevented program completion. The report also includes recommendations for the design of future Fund programs.

Executive Directors welcomed Romania’s progress in reducing economic imbalances after the global financial crisis. Growth has been robust in recent years and unemployment has declined. Directors noted, however, that the recent deterioration in fiscal policies and a weakened pace of structural reforms could threaten these gains. Against this background, they underscored the need for a reorientation of policies from stimulating consumption towards supporting investment to protect buffers and sustainably raise living standards.

While observing that Romania’s public debt is relatively low, Directors highlighted that the recent and projected fiscal expansion is not warranted by the economy’s cyclical position. Successive tax cuts have reduced revenues while the share of wages and pensions has grown at the cost of investment. Directors underscored that additional measures would be needed to keep the fiscal deficit below the authorities’ target of 3 percent of GDP in 2017.

Directors noted that the unified wage bill and further tax cuts pose risks to the fiscal balance. They called for targeting a medium-term deficit of 1.5 percent of GDP to protect buffers and gradually reduce public debt. Directors emphasized the need to avoid further tax cuts, moderate pension increases, and carefully assess and modify the planned unified wage law in line with available fiscal space and the medium-term fiscal objectives. They encouraged efforts to enhance the effectiveness of the public sector. These include strengthening revenue administration, enhancing expenditure efficiency, and strengthening transparency and commitment controls for local investment programs.

Directors noted that there has been some progress with structural reforms. They emphasized the need to reenergize the reform momentum to secure faster convergence with the EU. Priority should be given to improving the performance of state-owned enterprises, including by restarting the privatization and restructuring program, and fully implementing the corporate governance law. Directors also called for stronger efforts to strengthen public investment management institutions to fully utilize EU funds and improve the quality of domestically-financed public investment. Recognizing progress made in the fight against corruption, Directors encouraged the authorities to maintain the momentum.

Directors encouraged the central bank to remain vigilant to rising inflationary pressures and to consider tightening monetary conditions. They recommended supporting higher market rates by narrowing the interest rate corridor and absorbing excess liquidity. This would lay the groundwork for a subsequent policy rate hike.

Directors commended the significant reduction in nonperforming loans and underscored the need for continued efforts to reduce them further, especially for corporate loans. They welcomed the decisions of the Constitutional Court which have lessened threats to financial stability. Directors called for close monitoring of the growing exposure of banks to households and government debt and taking steps to mitigate emerging risks.

Directors broadly agreed with the conclusions of the ex post evaluation of the precautionary SBA approved in September 2013. They noted that while policy objectives under the program were broadly appropriate and some progress was achieved, setbacks on key structural reforms and concerns about the quality of fiscal measures prevented program completion. Directors considered that the EPE on Romania held some potentially useful lessons for the design of future Fund programs, including the need to pay close attention to political economy and capacity constraints, prioritization and sequencing of reforms, and private sector balance sheets and their role in the financing of the economy.

IMF statement of the 2018 Article IV Mission to Romania

The Romanian economy is growing strongly, unemployment has fallen to a record low, and the financial sector is improving. But without policy changes, growth will turn increasingly fragile, according to an IMF press release. For one, inflation could increase further, with possible social detalii

The Regional Resident Representative of the International Monetary Fund (IMF) in Romania and Bulgaria, Alejandro Hajdenberg, made the following statement today: "I am very pleased to announce that Jaewoo Lee has been appointed as the new mission chief for Romania and Bulgaria. He detalii