National Bank of Romania (NBR) Board decisions on monetary policy 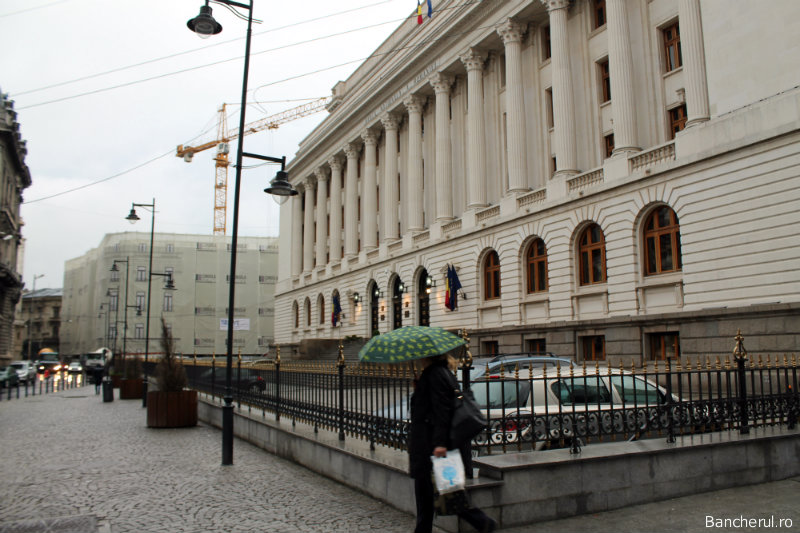 In its meeting of 4 November 2016, the Board of the National Bank of Romania (NBR) decided the following:

- to maintain the existing levels of minimum reserve requirement ratios on both leu- and foreign currency-denominated liabilities of credit institutions.

The NBR Board has also analysed and approved the new quarterly Inflation Report which will be released to the public on November 10, 2016.

Economic growth gained momentum in 2016 Q2 to 6 percent, prompted by household final consumption, to which added gross fixed capital formation. However, net exports increased their negative contribution to annual GDP growth. The latest statistical data point to the deceleration in retail trade dynamics in the first months of Q3, as well as to a step-up in the growth rate of industrial output, mainly ascribable to the manufacturing sector. At the same time, the current account deficit widened more slowly as a result of larger EU fund inflows.

Real monetary conditions remained stimulative. Credit to the private sector saw its dynamics pick up slightly to 1.2 percent in September, partly on account of loans to non-financial corporations. The share of the leu-denominated component in total loans to the private sector continued to widen, albeit at a slower pace, reaching 56.2 percent. These developments support the improvement in monetary policy transmission, while also helping mitigate the risks to financial stability.

In today’s meeting, the Board of the National Bank of Romania examined and approved the November 2016 Inflation Report, which incorporates the most recent data and information available. The baseline scenario of the projection reconfirms the outlook for the annual inflation rate to remain in negative territory until end-2016. Moreover, the projection also reconfirms that the inflation rate will embark on an upward path at the beginning of 2017. The annual inflation rate is expected to return inside the variation band of the target at mid-2017 and stand in the upper half of the band at the end of the projection horizon. This trajectory reflects both the fading out of the transitory effects of the standard VAT rate cuts and the waning influences of global disinflationary shocks, as well as the inflationary pressures exerted by the gradual opening of a positive output gap and by unit wage costs.

The risks and uncertainties associated with the inflation outlook stem from both domestic and external sources. On the domestic front, risks relate primarily to the configuration of the 2017 budget.

Risks from the external environment are mainly generated by the lingering uncertainties about global economic growth and euro area economic recovery, given the slow-in-coming rebound of major emerging economies, the challenges facing the European banking system, and the outcome of the UK referendum.

Based on currently available data and in the context of these elevated uncertainties, the Board of the National Bank of Romania decided to keep unchanged the monetary policy rate at 1.75 percent per annum, to further pursue adequate liquidity management in the banking system, and to maintain the existing levels of minimum reserve requirement ratios on both leu- and foreign currency-denominated liabilities of credit institutions.

The NBR Board decisions aim to ensure and preserve price stability over the medium term in a manner conducive to achieving sustainable economic growth. The consolidation of the economic picture calls for a balanced macroeconomic policy mix and progress in structural reforms.

The NBR is closely monitoring external and domestic developments and stands ready to use all its available tools during this period of heightened uncertainty.

The new quarterly Inflation Report will be released to the public in a press conference on 10 November 2016. The account (minutes) of discussions underlying the adoption of the monetary policy decision during today’s meeting will be posted on the NBR website on 11 November 2016, at 3:00 p.m.

In line with the announced calendar, the next monetary policy meeting of the NBR Board is scheduled for 6 January 2017.