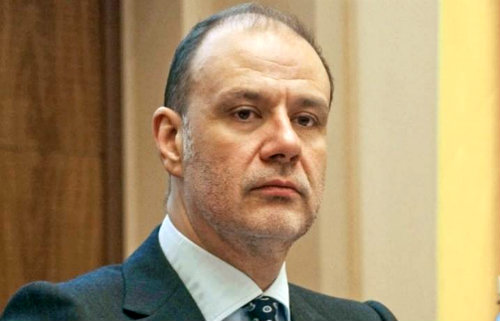 The European Investment Bank (EIB) is lending EUR 300 million to Romania in support of priority environment sector projects under the Operational Programme Large Infrastructure during the 2014-2020 EU programming period, said the bank in a statement.

Mr Cristian Popa, EIB Vice-President, commented: “The EIB loan will co-finance priority projects with a total value of some EUR 4.5 billion, contributing to an increase in Romania’s utilisation of EU grants. The operation will support the implementation of projects relevant for compliance with key EU directives regarding the water and municipal solid waste management sectors, delivering on climate action and environmental protection while at the same time contributing to sustainable development that translates into enhanced living standards. This is the first operation in a pipeline of diversified projects that the EIB and Romanian authorities are working on, including transport, rural development, support for small and medium-sized enterprises, and competitiveness-related investments.”

Ms Anca Dragu, Romanian Minister of Public Finances commented: “The signed financial contract is proof of the good cooperation between Romania and the EIB, which provides ongoing support for increasing the absorption of EU funds and achieving the conditions to which our country committed when joining the European Union. We pay careful attention to the environment and, through this loan, we will partially cover the state budget contribution to projects related to water, wastewater, waste management, protection and conservation of biodiversity, restoration of degraded ecosystems and climate change adjustment.”

The EIB financing is being granted in the form of a Structural Programme Loan. In addition to large-scale infrastructure projects, the EIB loan may also be used to finance smaller schemes, which, due to their limited size, would otherwise not qualify for direct EIB financing.

This loan is a continuation of the EU bank’s support for strategic priority investments under EU Operational Programmes in Romania, following the EUR 1 billion National Strategic Reference Co-financing loan for Transport and Environment projects provided under the 2007-2013 programming period.

The EIB technical assistance initiative JASPERS (Joint Assistance to Support Projects in European Regions – provided jointly by the EIB, European Commission and EBRD) has contributed to the preparation of some of the long-term development strategies underlying the selection of projects to be implemented with funds from this loan, thus verifying and ensuring the consistent quality of the projects to be implemented.

The EIB is the EU bank, the long-term lending institution of the European Union owned by its Member States. It makes long-term finance available for sound investment in order to contribute towards EU policy goals.

Since the start of EIB operations in Romania the Bank has cumulatively provided some EUR 10.7 billion of loans including the loan signed today, representing approx. 6.7% of Romania’s estimated 2015 GDP.