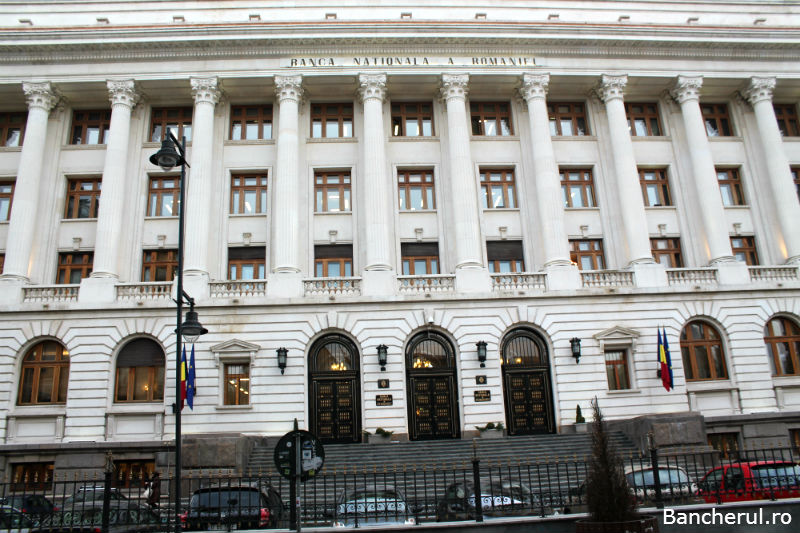 In its meeting of 31 March 2016, the Board of the National Bank of Romania decided the following:
- to keep unchanged the monetary policy rate at 1.75 percent per annum;
- to pursue adequate liquidity management in the banking system; and
- to maintain the existing levels of minimum reserve requirement ratios on both leu- and foreign currency-denominated liabilities of credit institutions.

In line with expectations, the annual inflation rate went deeper into negative territory in the first two months of this year, reaching -2.68 percent in February against -0.93 percent in December 2015, largely under the impact of the cut in the standard VAT rate to 20 percent, from 24 percent, starting 1 January 2016.

Annual GDP growth rate remained relatively high in 2015 Q4 as well, hitting a post-crisis high of 3.7 percent in the year as a whole.

On the demand side, private consumption was further the main driver of economic growth in the final three-month period of 2015. Nevertheless, investment also rose at a faster pace, given that most of the planned public investment was undertaken towards the end of the year. At the same time, the negative contribution of net exports to growth widened.

The latest statistical data show an ongoing swift rate of increase of consumer demand, under the impact of the new fiscal easing measures and higher household income. Less encouraging signals come from the slowing activity in the industrial and construction sectors, as well as from somewhat weaker confidence in the economy. Across industry, the growth rates of labour productivity and wages still posted diverging trends.

Real annual dynamics of credit to the private sector remained on an upward trend, amid the faster increase in leu-denominated loans. Loans in domestic currency accounted for 51.7 percent of the loan stock in February 2016, the highest reading since July 2007, paving the way for an improvement in monetary policy transmission and for the mitigation of risks to financial stability.

Recent assessments point to the annual inflation rate staying negative until June 2016, as a result of the cut in the standard VAT rate and other indirect taxes. At the same time, mention should be made of the persistence of risks associated with the domestic environment, due primarily to the expansionary impact of the fiscal and income policies in the context of the forthcoming elections.

On the external front, worth noting is the escalating uncertainty about the euro area economic recovery, stemming from the ongoing slowdown of the Chinese economy and of other major emerging economies, as well as from the geopolitical tensions, which is likely to pose risks to Romania’s economic growth. Adding to these are the developments in international oil prices and the increase in global financial market volatility, as well as the divergence between monetary policy stances of the world’s major central banks.

Against this background, the Board of the National Bank of Romania has decided to keep unchanged the monetary policy rate at 1.75 percent per annum, to further pursue adequate liquidity management in the banking system, and to maintain the existing levels of minimum reserve requirement ratios on both leu- and foreign currency-denominated liabilities of credit institutions.

The NBR Board decisions aim to ensure price stability over the medium term in a manner conducive to achieving sustainable economic growth. Moreover, the NBR Board considers that a balanced macroeconomic policy mix and further implementation of structural reforms are pivotal for strengthening the Romanian economy.

The NBR is monitoring both domestic and external developments for an adequate use and dosage of all its available tools to fulfil the overriding objective regarding medium-term price stability and preserve financial stability.

In line with the preannounced calendar, the next NBR Board meeting dedicated to monetary policy issues is scheduled for 5 May 2016, when a new quarterly Inflation Report is to be examined.