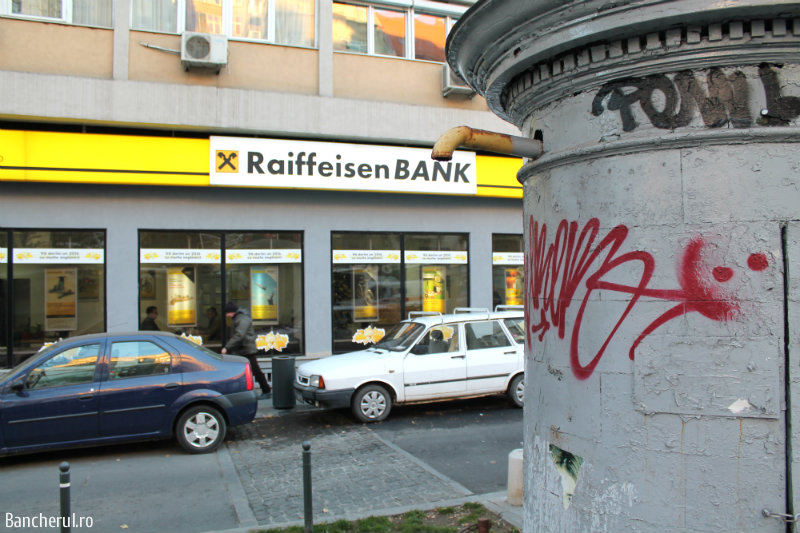 Raiffeisen Bank reports a net profit of EUR 98 million in 2015, compared to EUR 113 million in 2014, a result mainly influenced by a slight income decrease and one-off events of 2015, said the bank in a statement.

Raiffeisen Bank’s total assets amount to EUR 6.95 billion, up by 8 per cent compared to EUR 6.41 billion in 2014. Compared to the same period of the previous year, net loans increased by 5 per cent. The reported loan growth is, however, 12 per cent, and reflects an evolution determined by a transaction closed with a RBI Group company, which resulted in taking over a EUR 240 million loan portfolio. Although market interest rates stayed low, customer deposits followed a constant growth trend in 2015, increasing by 12 per cent compared to the previous year (more than 30 per cent above the average market growth). Subsequently, the loans to deposits ratio stood at 81 per cent, similar to 2014. The bank’s capitalization remains solid, with an 18.6 per cent Tier 2 capital adequacy ratio.

„We are satisfied with our 2015 results and remain focused on building long-term relationships with our customers. This means that we will continue to put in efforts towards improving interactions with the bank regarding simplification, transparency of costs and transactions’ rapidity. We will also try to get better at what we do, and I am confident that we will succeed, as before, in growing profitably in the years to come. Legislative changes we are currently facing remain an issue, and they may impact significantly our activity and results for 2016”, said Steven van Groningen, President and CEO of Raiffeisen Bank.

In 2015 Raiffeisen Bank managed to partially compensate the impact of low market interest rates on income. Increased lending and other banking operations kept the income decrease at only 1 per cent or EUR 449 million.

“The Romanian economy needs financing; therefore we can create premises for lending growth, for partnerships and long-term relationships with our customers. In 2015 we financed the economy through new loans amounting to more than EUR 2 billion”, added Steven van Groningen.

Net provisioning for impairment losses decreased to EUR 65 million compared to 2014, when the item stood at EUR 71 million. The improvement of risk ratios for individuals, observable last year, was hence confirmed. The same positive trend is noticeable in 2015 for SME customers and large and medium-sized companies. The implementation of a prudent risk strategy shows results in terms of the non-performing loans ratio, which decreased significantly, to 6.7 per cent in 2015, from 7.5 per cent in 2014.

The bank also succeeded in generating savings from streamlining, reducing or eliminating inefficient processes in its activity, the cost base remaining the same in 2015 as in 2014. The reported expense figure shows a 5 per cent increase versus 2014, which comes from one offs in both years.

It is satisfying to note that, in 2015, more customers used electronic channels for their current operations – with positive impact on business effectiveness and customer satisfaction. The number of Raiffeisen Online active users increased to more than 83,000 (plus 1 per cent compared to 2014), while the number of Smart Mobile active users almost doubled (plus 81 per cent), reaching 28,000.