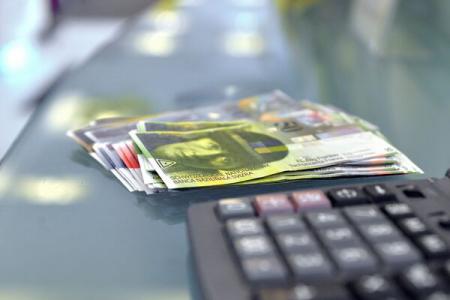 On 10 September 2015 the Croatian Government formally forwarded to the Croatian Parliament, for adoption under urgent parliamentary procedure, amendments to the Law on Consumer Credit and to the Law on Credit Institutions (hereinafter the ‘draft law’).

The European Central Bank (ECB) has not been consulted by the Croatian authorities on the draft law.

The ECB’s competence to deliver an opinion is based on the last paragraph of Article 127(4) and Article 282(5) of the Treaty on the Functioning of the European Union, as the draft law concerns currency matters, and also contains rules applicable to financial institutions insofar as they materially influence the stability of financial institutions and markets.

In accordance with the first sentence of Article 17.5 of the Rules of Procedure of the European Central Bank, the Governing Council has adopted this opinion.

1. Purpose of the draft law

The draft law is intended to come into effect on 30 September 2015.

1.2 The purpose of the draft law is to place borrowers of CHF loans in the same position that they would have been in had their loans, from inception, been denominated in euros (or denominated in HRK with currency clauses linking payments to euros).

(i) The original principal amount of the CHF loans will be converted into euros or loans denominated in HRK which contain a currency clause linking payments to euros at the exchange rate applicable at the date the CHF loans were made to the borrowers.

This exchange rate will be equal to the exchange rate that the lender applied at that date to loans denominated in or linked to euros of the same type and duration.

The relevant original principal amount will be the amount registered in the accounts of the lender;

The new repayment schedule will be the basis for the calculation of new instalments in euros (or linked to euros), taking into account all necessary modifications of the terms and conditions (e.g., changes of interest rates) to reflect loans denominated in or linked to euros;

(iv) The amounts already paid by the borrower according to the old repayment schedule (except default interest and costs) will be converted into euros (or into HRK with a currency clause linking payments to euros) at the exchange rate, applicable at the date of payment of each
instalment, that the lender applied at that date to loans denominated in or linked to euros of the same type and duration;

Depending on the amount of this overpayment, it will be treated as follows:

- If the amount of the overpayment exceeds the sum of converted instalments remaining to be paid as at 30 September 2015 according to the new repayment schedule, the lender will return such overpayment to the borrower within 60 days from the date the borrower accepted the conversion;

(vii) The new remaining principal amount will be the difference between the new repayment schedule and the amounts already paid and calculated in accordance with (iv) above; the amount of the overpayment cannot reduce the remaining unpaid principal, and the difference referred to in (vi) above will be settled as agreed by the lender and the borrower.

1.3 The effects of the conversion will be the difference between the unpaid principal in CHF registered in the lender’s accounts as at 30 September 2015 and converted into euros (or into HRK with a currency clause linking payments to euros) at the exchange rate on that day and the amount of the new remaining principal calculated in accordance with paragraph 1.2(vii) above.

If the borrower accepts the conversion, the effects of the conversion will be borne by the lender, and will be registered as a value adjustment due to a change in the exchange rate (i.e., as an expense due to the return of the overpayment).

The effect of the conversion resulting in expenses in the accounts of the creditor will be treated as a tax deductible expense. The text of the draft law further states that the difference in the initial principal due to the purchase of foreign currency, the amount of charged statutory interests and costs referred to in paragraph 1.2(iv) above and the interest and currency difference regarding the overpayment will be borne by the borrower (although it is not clear what interest and currency difference of the overpayment the draft law refers to).

1.4 Within 45 days from the date the draft law enters into force, lenders are required to deliver by registered mail to borrowers the calculation of the loans so converted, together with a proposal for a new/modified loan agreement. Borrowers have the option to accept the conversion within 30 days of receipt of such notification.

Lenders will also be required to publish on their websites a loan calculator, accessible to each borrower through their PIN, and an opinion of an expert or auditor confirming that the calculator complies with the requirements of the draft law.

Within six months from the date the draft law enters into force, the lenders are required to deliver to the Ministry of Finance a report on the results of conversion (including the number of borrowers who accepted
conversion and/or agreement, etc.).

1.5 If the borrower accepts the conversion, the lender will not request further collateral or additional conditions. No costs pertaining to conversion may be charged to borrowers.

1.6 The draft law also provides for a transitional period and the rights of guarantors and other persons from whom the lender is entitled to request payment.

1.7 If the borrower does not accept the conversion and/or a proposal for a new/modified loan agreement, he or she will continue to pay instalments according to the loan conditions in effect and taking into account the CHF exchange rate fixed for instalments in respect of the CHF loans in accordance with certain legislative amendments adopted earlier this year and in force for one year (1).

2.1 Prior to the global financial crisis, borrowing in foreign currencies by households and non-financial corporations was popular in several Member States (2).

As previously noted by the ECB (3), inter alia, the lower interest rates applicable to foreign currency loans compared to loans in the domestic currency increased the demand for such loans.

In Croatia, CHF loans accounted for approximately HRK 23bn (EUR 3bn), or 9% of banks’ total loan portfolios, as at the end of March 2015, with the majority of these loans (95%) residing with the household sector.

The asset quality of the CHF loan portfolio is below the average, with a nonperforming loan (NPL) ratio of 19.2% as of June 2015 as compared to the NPL ratio of 17.3% for the total credit portfolio. (4)

2.2 The ECB notes that the draft law anticipates that the conversion of the CHF loans to loans denominated in, or linked to, euro will be voluntary only for borrowers.

3.1 Effects on the Croatian economy

3.1.1 The conversion of the loans as envisaged by the draft law may result in a decline in the international reserves (5) of the Republic of Croatia, which may in turn have undesired consequences on the country’s macroeconomic stability.

Moreover, a lower level of international reserves as a result of the conversion might impair the functional independence of Hrvatska Narodna Banka (HNB), in particular the central bank’s ability to set its policy instruments with the aim of achieving its objectives.

3.1.2 The draft law might also have some negative effects if it were to lead to a deterioration of foreign investor sentiment due to a perceived increase in legal uncertainty and country risk.

Consequently, the ECB suggests that the Croatian authorities carry out a thorough analysis of the possible effects on the economy of introducing the proposed measures.

3.2.1 Acknowledging that Directive 2014/17/EU of the European Parliament and of the Council (6) does not apply to credit agreements existing before 21 March 2016, as previously noted by the ECB (7), the retroactive effect of the draft law is not in line with the general aim and principle of Article 23(5) of Directive 2014/17/EU.

This Directive allows Member States to further regulate foreign currency loans, on the condition that such regulation is not applied with retroactive effect.

3.2.2 It is for the Croatian authorities to assess whether the retroactive character of the draft law complies with Croatian legal and constitutional principles.

However, the ECB notes that introducing measures with retroactive effect such as the draft law will undermine legal certainty and is not in line with the principle of legitimate expectations.

The ECB notes that the draft law does not prescribe specific criteria for borrowers eligible to participate in the conversion, which raises some concerns with regard to the purpose of the draft law. In particular, the ECB notes that the application of certain targeted eligibility criteria such as, for example, linking the right to convert to the borrower’s actual income position or the loan-tovalue (LTV) ratio may be appropriate.

3.4.1 The ECB notes that the implementation of the draft law is expected to entail financial costs for the banking sector. This, in turn, may have a negative impact on the profitability, capitalisation and the future lending capacity of the affected credit institutions.

The impact assessment by HNB (8) suggests that the conversion costs for the banks could reach around HRK 8bn or EUR 1.1bn, imposing losses for the banking sector equalling to around three years of expected profits.

The envisaged measures will mostly affect eight of the largest banks in Croatia, most of them foreign-owned. In fact, foreign banking groups have a dominant market position in Croatia, holding about 90% of
banking sector assets in Croatia, with Italian, Austrian and French banks among the largest institutions.

3.4.2 It should also be noted that the restructuring will lead to a one-off increase in operational costs for the affected credit institutions in Croatia, in particular, due to the unwinding of existing hedges and additional refinancing and hedging needs in euro, and to the costs associated with the obligation to notify each borrower individually, which will strain banks’ resources.

The ECB points in this respect to the analysis of such risks made by the European Systemic Risk Board (ESRB) and to the ESRB recommendations for addressing such risks, made in Recommendation ESRB/2011/1 of 21
September 2011 on lending in foreign currencies (10).

3.5.2 Indeed, in the case of Croatia, foreign exchange lending predominates, with almost 70% of banks’ loan portfolio denominated in or linked to foreign currencies, in particular the euro. That said, substantial capital buffers underpin the Croatian banking sector’s shock-absorbing capacities.

In fact, at the sector level, HNB’s impact assessment suggests a drop of the capital adequacy ratio from 23.5% to 19.7% which would remain well above the regulatory minimum (even though individual institutions may be affected to different degrees).

3.5.3 As regards the longer-term effects on financial stability, the ECB remains of the opinion that, when introducing measures in relation to settling and converting foreign currency loans, due consideration should always be given to fair burden sharing among all stakeholders, thus also avoiding moral hazard in the future11.

This opinion will be published on the ECB’s website.

[signed]
The President of the ECB
Mario DRAGHI

(4) Calculations are based on the data published on the website of Hrvatska Narodna Banka (HNB).

(5) As HNB noted (see http://www.hnb.hr/priopc/2015/hrv/hp15092015_CHF.pdf), in itself the conversion of housing loans from loans denominated in, or linked to, CHF into loans denominated in, or linked to, euro does not lead to an automatic fall in international reserves. However, the write-off of a part of the principal of the converted Swiss franc loans may lead to a fall in the international reserves of the Republic of Croatia. The writing off of receivables in euro would indeed lead to shorter positions of banks in that currency. The efforts of banks to fully compensate for the shortening of their currency position by purchasing foreign exchange on the domestic market would in turn result in increased demand of banks for foreign exchange, which could lead to a weakening of the exchange rate of the kuna against the euro. In such a situation, HNB would be forced to intervene, given the absence of sufficient foreign exchange on the domestic market to meet such demand. As a result, HNB would have to intervene by using international reserves.