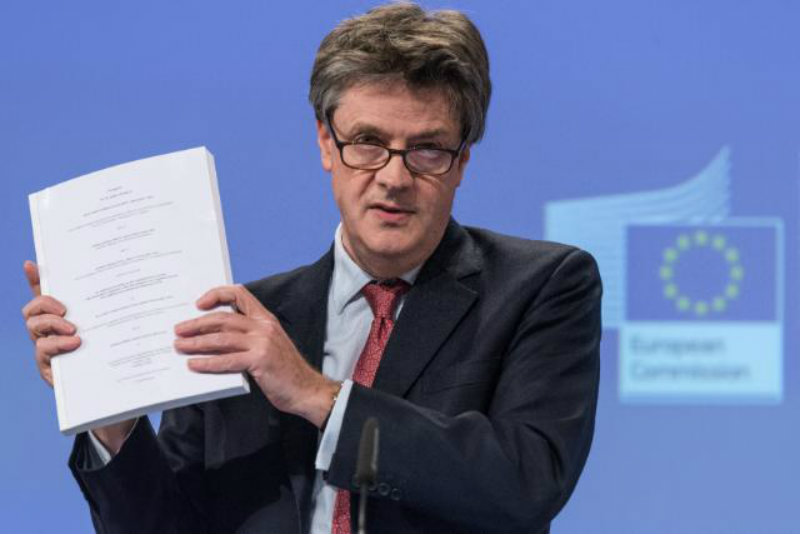 Lord Hill's reply in the European Parliament on 12th May 2016 to oral Question 37/2016 on Foreign Currency Loans:

I am grateful for this opportunity to discuss foreign currency loans.

Taking out a mortgage to buy a home is the single biggest financial transaction most people make in their lives. So we need a vibrant and competitive mortgage market, one where people have choice, but also one where they know what they are buying and what risks they are taking on.

This left households struggling to keep up with mortgage repayments, which in turn put pressure on governments to take action to help those in difficulty. Some countries have already passed laws. Others are considering doing so.

What has the Commission done? Well, for the future we have acted to ensure that risks associated with foreign currency loans are better managed by strengthening consumer protection in the Mortgage Credit Directive.

But that does not deal with the problem of existing loans in foreign currencies. Here, we're working closely with governments that are considering how best to respond. Of course, there is a need to protect the interests of consumers. But we also need to make sure that any measures taken are fully consistent with the single market and that they don’t restrict disproportionately the free movement of capital or the freedom of European companies to do business anywhere in the EU. We also have to consider the potential damage that would be done to investor confidence by undermining legal certainty.

Croatia has chosen to pass legislation that allows borrowers to convert Swiss franc loans into euro denominated loans at an exchange rate that predates the franc’s appreciation. It puts borrowers in the position they would have been in had they chosen a euro denominated loan. But it places the cost of the conversion – a cost that I understand is some 1 billion euros – almost wholly on the shoulders of the banks that issued the loans, without regard to the different circumstances of the borrowers.

We were not consulted on the draft legislation and the Croatian government was under no obligation to do so. Since its adoption, we have assessed whether Croatia’s amendments to its Consumer Credit Act and the Credit Institutions Act are compatible with the principles of the single market. So let me give you our initial analysis.

It’s clear that the goal of protecting borrowers to avoid a debt crisis can justify restrictions to the free movement of capital or the freedom of establishment. But in our view, allowing borrowers to exchange their loans from Swiss francs into euros at an artificially low exchange rate, and placing the cost almost exclusively on lenders, goes beyond what is needed to avoid a crisis and protect borrowers. There’s a problem that needs tackling, that’s clear. So we need to find a proportionate solution in line with Treaty freedoms, one that helps maintain investor confidence in Croatia.

The issue has been discussed at the ECOFIN Council. We’re monitoring the situation carefully in Croatia, but also in other countries that are considering passing legislation. We are keeping all options open including, of course, beginning an infringement procedure if necessary. We're in close contact with the Croatian government, who tell us they’re keen to find a way forward, and that they’re talking to the banks concerned to find a more balanced approach; that shares the burden of adjustment more fairly. I support that approach but clearly there must be progress soon or we will have to take appropriate action. We need a solution that strikes the right balance, that’s consistent with EU legislation, and that protects consumers, investment and the single market. That's the solution I'll continue to push for and that's what I want to see in every Member State where this is a matter of concern.