National Bank of Romania decided to keep unchanged the monetary policy rate at 2.25% 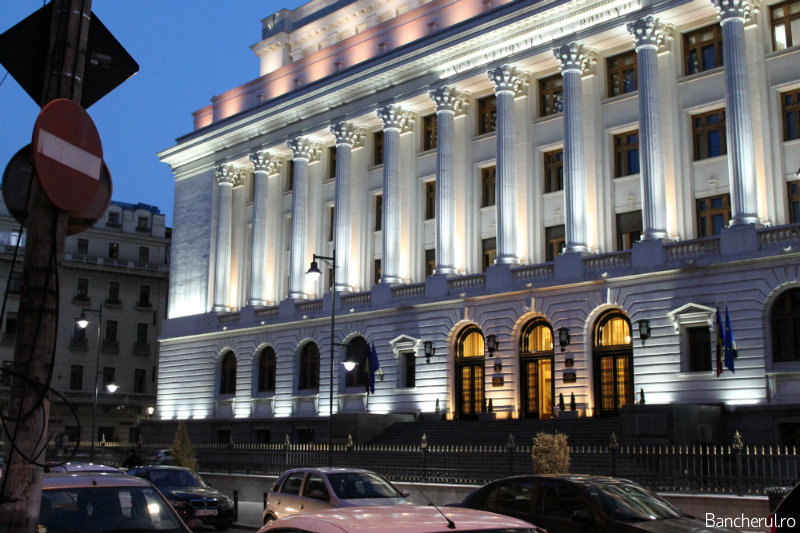 In January 2018, the annual inflation rate rose significantly to 4.32 percent from 3.32 percent in December 2017, before increasing to 4.72 percent in February, slightly below the forecasted level. The major drivers include the base effects associated with cutting and scrapping a number of indirect taxes and non-tax fees and charges in the year-earlier period, as well as the recent hikes in electricity, natural gas and heating prices, accompanied by costlier fuels.

The annual adjusted CORE2 inflation rate climbed at a faster pace, coming in at 2.8 percent in January and 2.9 percent in February, compared with 2.4 percent last December. Behind the increase stood the gradual build-up of demand-pull and cost-push inflationary pressures, combined with the impact from leu exchange rate movements, which hit services prices in particular.

In line with expectations, economic growth lost momentum in 2017 Q4, yet its annual dynamics remained robust at 6.9 percent, after a post-crisis high of 8.8 percent in 2017 Q3. On the demand side, the chief driving force of growth was further household consumption, but its contribution declined, while the positive contribution of gross fixed capital formation was on the rise, notching up to a record high from 2015 onwards. Conversely, net exports had a larger negative contribution to the advance in GDP. On the supply side, economic growth was underpinned by most components, such as services, industry, construction, net taxes.

In 2017 as a whole, economic growth picked up to 7 percent, amid the significant increase in domestic demand, but also a rising negative contribution of net exports, which caused inter alia the current account deficit to widen its share in GDP to 3.4%.

Statistical data for January 2018 point to very high levels of the annual dynamics of industrial output as well as economic activity in trade and services, alongside however a slower annual growth rate of the net real wage.

Monetary conditions were further less accommodative in 2018 Q1, amid the slight advance in relevant money market rates and the relative stability of the leu exchange rate. During the first two months of 2018, the annual growth rate of credit to the private sector remained at the 2017 Q4 average. The leu-denominated component further widened its share in total credit, to 62.9 percent at end-February 2018 (from a low of 35.6 percent in May 2012). During 2017 as a whole, the nominal dynamics of private sector credit stood at 5.6 percent, i.e. below the annual pace of economic growth, with the degree of financial intermediation thus still diminishing.

The latest assessments reconfirm the outlook for the annual inflation rate to pick up further and level off thereafter above the variation band of the target over the very short time horizon, in line with the medium-term forecast in February 2018, which indicates the return of inflation to the upper bound of the variation band towards the end of this year.

The uncertainties and risks surrounding the inflation outlook stem mainly from administered prices and volatile prices; they also stem from the fiscal policy stance and labour market conditions. Equally relevant are the developments in the economy and inflation in the euro area and hence the monetary policy stance of the ECB and of central banks in the region.

In addition, the NBR Board decided to maintain the existing levels of minimum reserve requirement ratios on both leu- and foreign currency-denominated liabilities of credit institutions.

The NBR Board decisions aim to ensure and preserve price stability over the medium term in a manner conducive to achieving sustainable economic growth and amid safeguarding financial stability. The NBR Board underlines that the balanced macroeconomic policy mix and progress in structural reforms are of the essence in preserving a stable macroeconomic framework and strengthening the capacity of the Romanian economy to withstand potential adverse developments.

The account (minutes) of discussions underlying the adoption of the monetary policy decision during today’s meeting will be posted on the NBR website on 16 April 2018, at 3:00 p.m.

The next monetary policy meeting of the NBR Board is scheduled for 7 May 2018, when a new quarterly Inflation Report is to be examined.