National Bank of Romania Board decisions on monetary policy 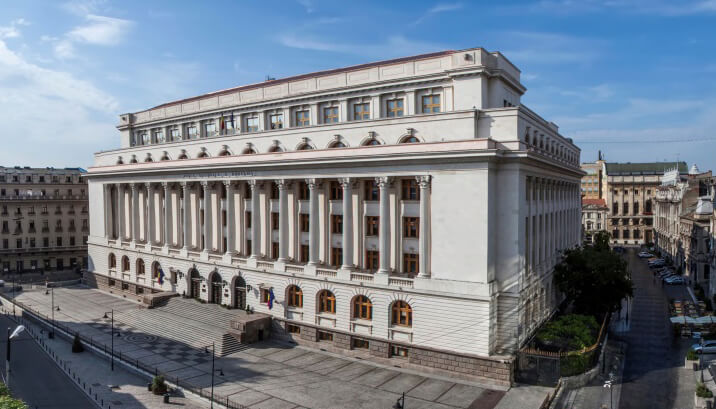 In its meeting of 3 October 2017, the Board of the National Bank of Romania decided the following:

The annual inflation rate continued to rise in the first two months of Q3 as a whole, posting a significant increase in July (to 1.42 percent from 0.85 percent in the previous month), before slowing down to 1.15 percent in August, slightly lower than forecasted.

The rise was driven by administered prices, following the electricity price hike, while also being supported by fuel price developments amid the pick-up in international oil prices, as well as by faster core inflation.

The mentioned effects were partly offset by the impact of declining volatile food prices.

The annual adjusted CORE2 inflation rate exceeded marginally the forecasted level, to 1.60 percent in August from 1.42 percent in June, on account of a faster pick-up in services prices and, to a lower extent, in processed food prices.

Statistical data on economic growth in 2017 Q2 show a faster-than-expected pick-up in the annual dynamics of real GDP – 5.9 percent compared to 5.7 percent in the previous quarter. The evolution owed entirely to domestic demand – private consumption expanded by 7.4 percent (contributing 5.3 percentage points to GDP growth), under the impact of fiscal and wage measures and the improvement in employment, whereas gross fixed capital formation returned to positive territory (2.4 percent, making a 0.6 percentage point contribution). In this quarter, the change in inventories had a significant impact on GDP growth (1.3 percentage points). In the context of a more pronounced deceleration in the annual growth rate of exports of goods and services than in that of imports thereof, the contribution of net exports to GDP dynamics turned again negative (-1.4 percentage points). Moreover, the current account deficit almost trebled compared to 2017 Q1 and its coverage by direct investment and capital transfers fell below 100 percent.

On the supply side, the main driver of the stronger advance in economic activity in 2017 Q2 was industrial activity, whose annual pace of increase of 7.7 percent was the highest since 2008 Q3. The services sector continued to make the largest contribution to GDP formation (3.8 percentage points). The latest statistical data show a slowdown in the annual dynamics of industrial output in July (to 7.4 percent from 9.2 percent in the previous month) and a halt in the decline in the construction sector, whereas the turnover volumes of trade and services to households posted faster annual growth rates.

Real monetary conditions were highly accommodative in Q3 as well. Towards the quarter-end, interbank money market rates saw a pronounced upward trend, nearing the policy rate, in the context of the significant upward revision of inflation expectations, stronger expectations on the calibration of the monetary policy stance, as well as amid liquidity fluctuations, under the influence of the autonomous liquidity factors.

The annual dynamics of credit to the private sector gained substantial momentum, reaching a five-year high of 6.5 percent in August, amid stronger new loan flows, alongside a contraction in the sales of non-performing loans. The share of leu-denominated credit in total private sector loans continued to widen to 61 percent, certifying the improvement in monetary policy transmission.

The latest assessments reconfirm the outlook for a further increase in the annual inflation rate over the months ahead, yet at a slightly quicker pace than that in the medium-term forecast published in the August 2017 Inflation Report, against the background of some risks related to developments in certain exogenous CPI components materialising. The uncertainties and risks associated with this outlook are, however, influenced by the domestic and external environment.

Domestically, they are compounded by the fiscal and income policy stance, as well as by the prospects of administered prices (of natural gas, electricity) and volatile food prices.

Turning to the external environment, further relevant are the uncertainties and risks regarding economic growth in the euro area and worldwide, the escalation of some geopolitical tensions, but also the decisions made by major central banks (ECB, Fed). Moreover, a reconfiguration of central banks policies is underway, entailing a change in the path of interest rates on international financial markets.

In light of the information available at present, the Board of the National Bank of Romania, which convened in an ordinary meeting, decided to keep unchanged the monetary policy rate at 1.75 percent per annum, maintain the existing levels of minimum reserve requirement ratios and further pursue adequate liquidity management in the banking system. The Board decided to narrow the symmetrical corridor of interest rates on the NBR’s standing facilities around the policy rate to ±1.25 percentage points from ±1.50 percentage points. Accordingly, starting 4 October 2017, the deposit facility rate increases to 0.50 percent per annum, while the interest rate on the NBR’s lending facility (Lombard rate) is lowered to an annual 3.00 percent.

The Board decisions aim to ensure and preserve price stability over the medium term in a manner conducive to achieving sustainable economic growth. The NBR Board underlines that a balanced macroeconomic policy mix and progress in structural reforms are of the essence in preserving a stable macroeconomic framework and strengthening the capacity of the Romanian economy to withstand potential adverse developments.

The NBR is closely monitoring domestic and external developments and stands ready to use all its available tools.

The account (minutes) of discussions underlying the adoption of the monetary policy decision during today meeting will be posted on the NBR website on 10 October 2017, at 3:00 p.m.

In line with the announced calendar, the next monetary policy meeting of the NBR Board is scheduled for 7 November 2017, when a new quarterly Inflation Report is to be examined.