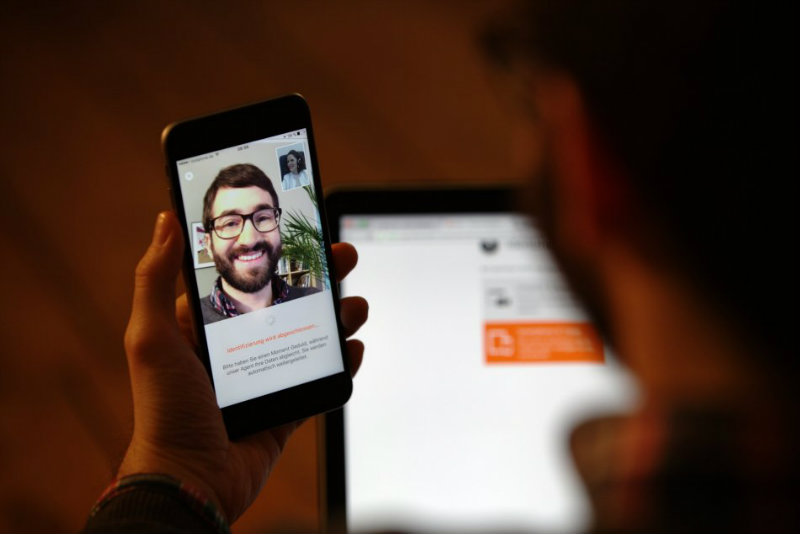 - New Customers can confirm their identity via video chat

- Driver's licenses accepted in Austria, in addition to passports and national identity cards

Erste Bank und Sparkassen is making video-based online identification, which has only just been approved by the Austrian Financial Market Authority (FMA) on 3 January 2017, available to the banking group’s new customers with immediate effect.

With the aid of IDnow Video-Ident solution, persons taking part in the new client onboarding process can choose to identify themselves directly via video chat, thus saving themselves the time and effort involved in visiting a branch office for this purpose.

This new solution makes opening a current account faster and simpler than ever – it can now be done via a computer, as well as via mobile devices such as smartphones or tablets.

In order to complete the identification process in a few minutes via video chat, all one needs is a government-issued photo ID.

A special feature for Austrian citizens is that in addition to passports and national identity cards, they can also use their driver's licenses for video identification.

“We are the first large Austrian bank to offer this innovative option to new customers, implementing it just three weeks after the authorities approved the procedure,” said Thomas Schaufler, chief retail officer of Erste Bank.

In other countries such as Germany, the procedure has been already approved for quite some time, which enabled fintech companies to offer this easy identification process in Austria as well.

“Our introduction of online video identification also eliminates what had previously been a significant competitive advantage for fintech companies,” Schaufler notes. Prior to the FMA’s recently-issued regulation, banks had not been permitted to provide this service in Austria.

The number of number of online-based current account openings at Erste Bank and Sparkassen grew by 40% last year. This increase in the share of online applications shows that the Austrian market is ripe for online video identification. Tablets, smartphones and nearly every laptop are equipped with cameras, and thanks to the newly-approved procedure, switching from one bank to another will from now on be even faster and simpler in Austria.

● Upload the photograph in a government-issued photo ID

● Data is automatically transferred from the ID to the relevant form

The service is available at https://www.erstebank.at/girokonto between 8 am and 12 pm on any day of the week. Currently, online video identification can be used for opening current accounts and student accounts, but the service will also become available for applying for other products over the course of this year.

IDnow in partnership with Sparkassen Group

IDnow, one of the leading suppliers of video identification and e-signature solutions in Europe, provides integration both in iOS and Android apps. With the aid of the software development kit (SDK) of IDnow, video identification can be seamlessly integrated into Erste Bank's digital banking platform – both at the front end interface with customers and the back end. The verification method of IDnow is in legal compliance with all Austrian and European data protection and authentication regulations.

Michael Sittek, managing director of IDnow on the partnership with Erste Bank: “Erste Bank is offering exceptionally innovative and user-friendly online banking services to its customers. Our video-ident process complements the user experience perfectly. It facilitates a seamless transition from opening an account to handling banking transactions for Austrian customers of Sparkassen. For users, identification with ID now video-ident is comfortable, fast and legally secure.”