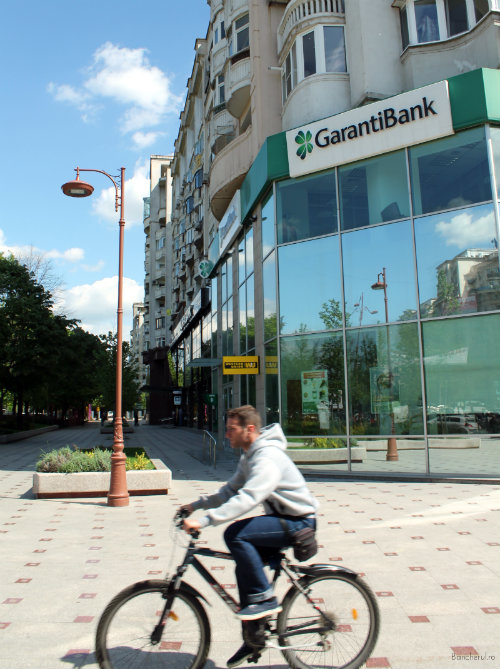 Garanti Bank, one of the most dynamic banks on the local market, estimates that GDP growth rate could decelerate towards 3.7% next year, as consumption dynamic is expected to revert to pre-stimulus (food VAT cut, as of June 2015, general VAT cut as of January 2016 and public salary hike) levels.

Still, according to the Quarterly Macroeconomic Report, GDP advanced by 4.9% in the first nine months, strongly driven by consumption, said the bank in a statement.

In terms of production, services, especially the IT and business support activities, are expected to remain the engine of economic growth since they kept the good dynamic of previous quarters.

According to Garanti Bank’s specialists, Romania’s macro fundamentals remain strong. However, there are two short term domestic risks under the radar: the risk of a higher budget deficit for next year driven by factors such as the increase in public wages but also other measures planned for 2017 and the domestic uncertainties regarding legislative changes that might impact the financial system.

For the banking system, the risk highlight falls on the giving in payment law and the Swiss Franc conversion law, which are currently subject to revision. The overall impact of these laws, however, would be lower than similar actions in other countries, according to Garanti Bank’s macroeconomic report.

Nevertheless, Romania is viewed as being stable by rating agencies, according to the bank.

“Each year comes with new challenges for both the global and the local economies. 2016 is no exception. The most important fact, however, is that Romania keeps its balance, continues its development and to attract investments. We foresee and optimistic outcome in the upcoming future”, stated Ufuk Tandogan, CEO Garanti Bank Romania.

The third quarter witnessed a stagnation in lending activity, as loans grew by 0.8% compared to same period last year and adjusted for the foreign currency effect, according to Garanti Bank’s report.

Investment in the economy started to rise this year and the bank expects the same trend in the future. The appetite for lending to the real estate corporate segment is still low, but prices in this sector have just started to pick up, suggesting that demand is growing, according to the bank’s report.

Garanti Bank specialists believe that prospects for household lending in 2017 are good, especially if the proposal to extend the First Home program by 5 years passes through Parliament.