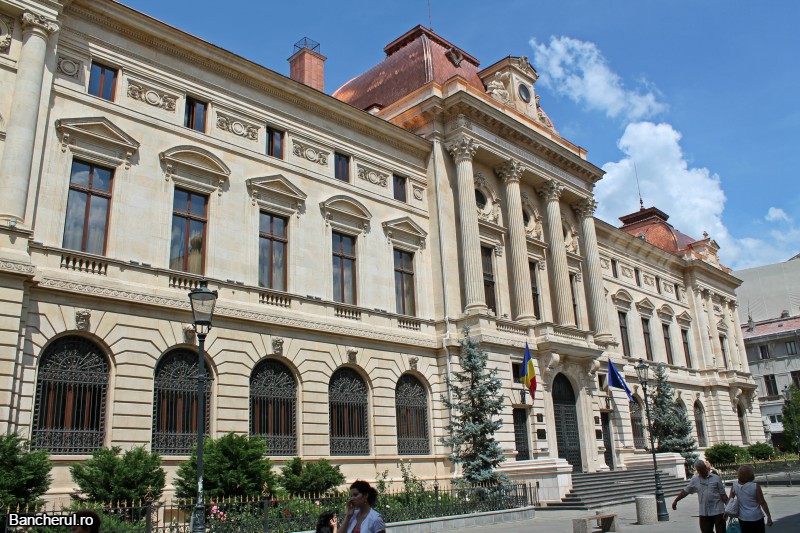 Press Release of the Board of the National Bank of Romania:

The annual inflation rate was further negative, yet posted a 2.3 percentage point increase in June 2016 (to -0.7 percent from -3.0 percent in March 2016), as a result of the dropping-out of the first-round effect of broadening the scope of the 9 percent reduced VAT rate to all food items in June 2015. The annual inflation rate remaining in negative territory is solely attributable to the effect induced by lowering the standard VAT rate from 24 percent to 20 percent in January 2016.

The economic growth sped up to 4.3 percent (annual change) in 2016 Q1, following the rapid expansion of domestic absorption, mainly of consumer demand, amid higher incomes of households, the easing of the fiscal policy stance and the consolidation seen by the dynamics of private sector credit. On the supply side, the tertiary sector became the most dynamic component, making a prevailing contribution to GDP growth.

Stimulative real monetary conditions propped up the upward trend of leu-denominated loans. The annual dynamics of leu- and foreign currency-denominated loans posted even more divergent developments, the share of leu-denominated loans in total loans to the private sector climbing to 54.7 percent in June 2016 (versus a 34.6 percent low in May 2012). This evolution confirms the improved monetary policy transmission, while also helping mitigate the risks to financial stability.

In today’s meeting, the Board of the National Bank of Romania examined and approved the August 2016 Inflation Report, which incorporates the most recent data and information available. The baseline scenario reveals a projected path of the annual inflation rate that is significantly lower than that previously envisaged, amid the persistence of low inflation at global and regional levels, likely to affect the developments in core inflation, as well as volatile and administered price dynamics.

The new forecast retains its upward profile, amid inflationary pressures from excess aggregate demand and unit labour costs. Thus, the projected path of the annual inflation rate will remain in negative territory until the end of 2016, before returning inside the variation band of the target in the course of 2017 and standing below the mid-point of the target at year-end. At the projection horizon, the annual inflation rate is forecasted to be in the upper half of the variation band of the flat target.

Risks to the current projection stem from both domestic and external sources. On the domestic front, risks relate to fiscal and income policy stance, against the backdrop of the election year and the absence of agreements with the international financial institutions, along with adverse effects of changes to financial legislation.

Based on currently available data and in the context of heightened uncertainty, the Board of the National Bank of Romania decided to keep unchanged the monetary policy rate at 1.75 percent per annum, to pursue adequate liquidity management in the banking system, and to maintain the existing levels of minimum reserve requirement ratios on both leu- and foreign currency-denominated liabilities of credit institutions.

The Board decisions aim to ensure price stability over the medium term in a manner conducive to achieving sustainable economic growth.

The NBR Board reiterates that a balanced macroeconomic policy mix and progress in implementing structural reforms are pivotal to ensuring a stable macroeconomic framework and enhancing the resilience of the Romanian economy to withstand adverse conditions worldwide.

The NBR is closely monitoring domestic and external developments for an adequate use and dosage of all its available tools to fulfil the overriding objective regarding medium-term price stability and preserve financial stability.

The new quarterly Inflation Report will be released for the public in a press conference on 8 August 2016. In line with the announced calendar, the next NBR Board meeting dedicated to monetary policy issues is scheduled for 30 September 2016.