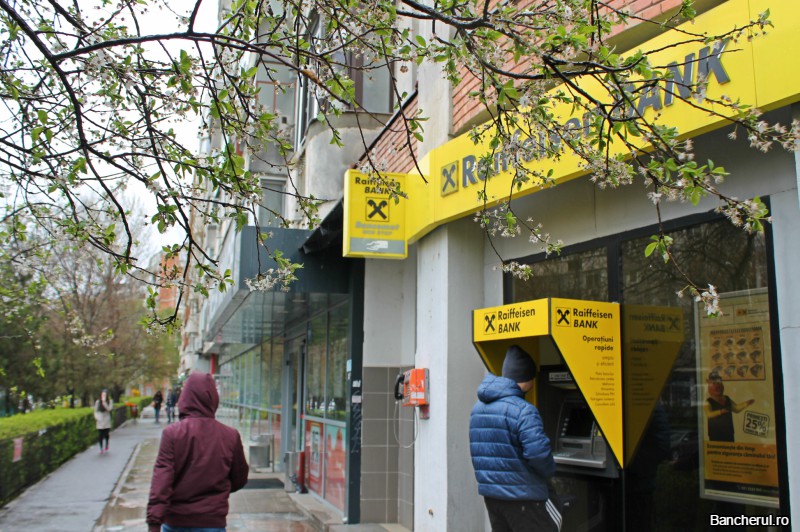 All figures are based on International Financial Reporting Standards (IFRS).

In the first quarter of 2016 the Raiffeisen Bank International AG Group (RBI) generated a profit before tax of € 229 million, which represents a year-on-year increase of 22 per cent. The profit after tax increased 38 per cent to € 138 million year-on-year, while the consolidated profit increased 37 per cent to € 114 million.

“The result is overall satisfying, as the first quarter continued to be characterized by the ongoing low interest rate environment. A turnaround of the interest rate policy is currently not in sight. The reduction of our cost base is all the more important. Unfortunately, the regulatory costs are increasing year after year. The majority of the regulatory costs for the financial year 2016 have been booked in the first quarter. The positive results in Hungary and Ukraine are especially encouraging. I expect that both countries have made the turnaround and will deliver positive results for the full year 2016”, said Karl Sevelda, RBI’s CEO.
With a number of shares of 292.98 million as at 31 March 2016 (previous year: 292.98 million) earnings per share stood at € 0.39, which represents an increase of 36.8 per cent (Q1/2015: € 0.29).

In the first three months of 2016, net interest income fell 13 per cent, or € 102 million, to € 718 million. This was primarily attributable to continuing low market interest rates in many of the Group’s countries and to the existing excess liquidity. A volume-based decline at Group head office and in Asia also contributed to the decline in net interest income.

Due to the currency devaluations in Eastern Europe and to lower sales in Central Europe, net fee and commission income fell 4 per cent year-on-year, or € 13 million, to € 347 million.

Compared to the same period last year, general administrative expenses climbed € 27 million to € 718 million. The cost/income ratio increased 3.2 percentage points to 65.0 per cent, not least due to the lower net interest income.

At 48 per cent, the largest component in general administrative expenses was staff expenses, which increased 1 per cent, or € 2 million, to € 347 million.

Compared to the same period of the previous year, net provisioning for impairment losses fell by a total of 59 per cent, or € 155 million, to € 106 million. This was due to a € 102 million reduction in individual loan loss provisioning to € 117 million.

In the reporting period, the NPL ratio fell 0.5 percentage points to 11.4 per cent compared to year-end 2015. Non-performing loans compared to loan loss provisions of € 5,688 million, resulting in a NPL coverage ratio of 70.2 per cent, down from 71.3 per cent at the year-end.

Total capital under Capital Requirements Regulation (CRR) amounted to € 10,858 million as at 31 March 2016. This represents a decline of € 129 million compared to the 2015 year-end figure, resulting mostly from the changed transitional provisions for 2016.

Excluding the transitional provisions as defined within the CRR, the common equity tier 1 ratio (fully loaded) amounted to 11.5 per cent.

Comparison of results with the previous quarter

Net fee and commission income decreased 11 per cent, or € 44 million, to € 347 million compared to the fourth quarter of 2015, primarily due to exchange rate movements.

Compared to the previous quarter, net provisioning for impairment losses declined 77 per cent, or € 364 million, to € 106 million. The large difference is seasonally related, as lower provisioning is to be expected in the first quarter due to the adjusting events after the reporting period for the annual financial statement. The reduction was mainly attributable to the developments in corporate customer business in Asia (€ 208 million decline) and to developments in Ukraine (€ 48 million decline).

In the first quarter of 2016, the consolidated profit amounted to € 114 million, which is an increase of € 197 million, compared to the fourth quarter 2015, where RBI posted a consolidated loss of € 83 million.

After the implementation of the strategic measures defined at the beginning of 2015, the cost base should be approximately 20 per cent below the level of 2014 (general administrative expenses 2014: € 3,024 million).

The bank further aims to achieve a cost/income ratio of between 50 and 55 per cent in the medium term.

General administrative expenses for 2016 should be slightly below the level of the previous year (2015: € 2,914 million).