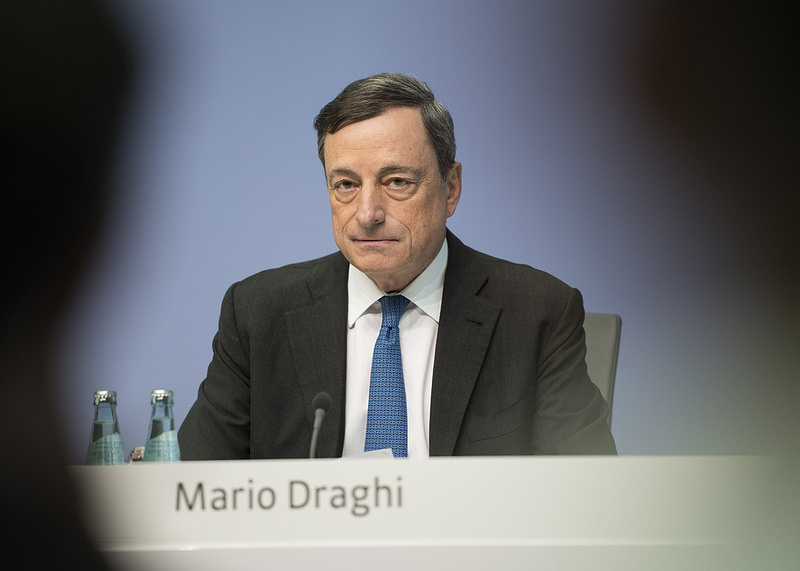 Statement by Mario Draghi, President of the ECB,
at the thirty-second meeting of the International Monetary and Financial Committee,

Faced with a more challenging external environment than six months ago, the euro area economy has shown signs of resilience. However, developments surrounding the slower growth in emerging market economies are posing renewed risks to the euro area outlook.

Our monetary policy measures have supported, and continue to support, domestic demand, contributing to the euro area recovery and to a gradual improvement in the inflation outlook. Significant progress towards sound public finances, the implementation of structural reforms and further steps towards completing the banking union should buttress the so far moderate recovery, while a new convergence process is needed to foster the euro area’s crisis resilience.

The cyclical recovery in the euro area, which started more than two years ago, is continuing Real GDP rose by 0.4%, quarter on quarter, in the second quarter of this year, following growth of 0.5% in the first quarter.

The latest data and survey evidence confirm that this growth trend will continue in the second half of this year. Looking ahead, the economic recovery is expected to continue. While external demand is somewhat weaker than anticipated, domestic demand is expected to remain the main driver of the recovery, and should continue to be supported by our monetary policy measures, progress made in terms of fiscal consolidation and structural reform, and low oil prices. However, economic growth in the euro area is likely to continue to be dampened by the necessary balance-sheet adjustments in a number of sectors and the sluggish pace of implementation of structural reforms. At the same time, labour markets remain weak but are gradually improving.

Employment increased further in the second quarter of 2015, while the unemployment rate has continued to decline. Survey data point to further improvements in labour market conditions in the period ahead. The risks to the growth outlook remain on the downside, reflecting in particular the heightened uncertainties related to the external environment.

Against a background of further declines in commodity prices, notably oil, recent HICP inflation numbers have drifted back to levels around zero, following the rebound from negative rates seen earlier in the year.

Looking ahead, headline inflation is expected to remain very low in the near term, until upward base effects relating to energy prices push it up towards the end of the year. Inflation rates are foreseen to rise further during 2016 and 2017, supported by the expected economic recovery, the pass-through of past declines in the exchange rate, and, assuming current prices in futures markets materialise, somewhat higher oil prices in the years ahead. The Governing Council will continue to closely monitor the risks to the outlook for price developments over the medium term, in particular risks related to the pass-through of the monetary policy measures as well as global economic, financial, commodity price and exchange rate developments.

Our monetary policy continues to aim to safeguard price stability. Since mid-2014 we have taken a number of both conventional and unconventional measures to address the heightened risks of too prolonged a period of too low inflation, encompassing targeted longer-term refinancing operations (TLTROs), a third covered bond purchase programme (CBPP3) and an asset-backed securities purchase programme (ABSPP). In January 2015, an expanded asset purchase programme (APP) was launched. The APP continues to proceed smoothly and – together with other monetary policy measures – has a favourable impact on the cost and availability of credit for firms and households, contributing to the euro area recovery and a gradual rise in inflation.

We intend to purchase private and public securities until the end of September 2016, or beyond if necessary, and, in any case, until we see a sustained adjustment in the path of inflation that is consistent with our aim of achieving inflation rates below, but close to, 2% over the medium term. In the light of renewed risks that have emerged on the back of recent developments in global and in financial and commodity markets, we are closely monitoring all relevant incoming information and are ready to use all the instruments available within our mandate to act, if warranted, in particular by adjusting the size, composition and duration of the asset purchase programme.

Since the peak of the crisis, the euro area has made significant progress towards sound public finances and implementing structural reforms. Given the high structural unemployment level and low potential output, the ongoing cyclical recovery should be supported by effective structural policies. Further product market and labour market reforms, and, in particular, actions to improve the business environment, which should include an adequate public infrastructure, are of the essence and need to gain momentum across the euro area countries. Such reforms will increase productive investment, boost job creation and raise productivity, while increasing the adjustment capacity and resilience of the euro area economies to global shocks. Fiscal policies should support the modest economic recovery and ensure debt sustainability, while remaining in full compliance with the EU’s fiscal rules. With bond yields subject to volatility, high-debt countries in particular need to pay attention to risks related to a reversal of the current low interest rate environment.
We have achieved significant progress over the past year, with banking union becoming a reality and with the Single Supervisory Mechanism and the Single Resolution Mechanism starting their operations.

However, developments in Greece in the first half of this year served as a reminder that the euro area architecture remains unfinished. As spelled out in the Five Presidents’ Report, a more complete union is necessary to make our monetary union in Europe stable and prosperous. The economic and monetary union will notably need to strengthen its tools for managing and preventing the build-up of fiscal, financial and other macroeconomic risks.

It is also necessary for the euro area to move towards completing banking union in order to create a truly single banking system and achieve its objectives of breaking the bank-sovereign nexus, making the financial system more resilient, and protecting the interests of taxpayers. In parallel, the authorities will need to decisively deal with remaining crisis legacies to create a better foundation for bank lending to the real economy.

To further widen the scope for cross-border private risk-sharing in Europe, the EU will have to make progress in developing a capital markets union (CMU). CMU will also play a key role in supporting European growth by diversifying sources of funding and increasing companies’ access to financing. A long-term vision accompanied by an ambitious agenda for further action will be necessary in order to achieve the ultimate aims of CMU.

A more complete union in Europe will not only create a more prosperous and resilient euro area economy for its own citizens, but will also be in the best interests of the global economy.