Mario Draghi, President of the ECB, speaks before the European Parliament’s Committee on Economic and Monetary Affairs 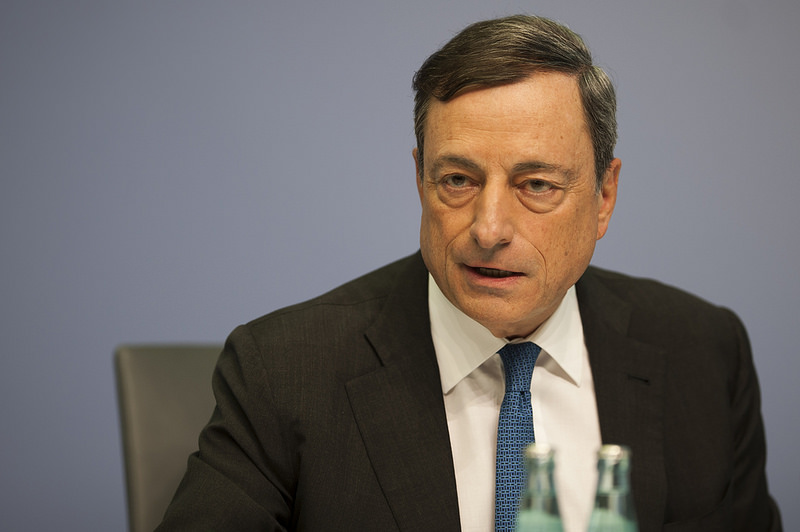 During the summer break, our Union faced exceptional challenges. First, there was the long and complicated discussion on the new adjustment programme for Greece. And now, in an area very much outside the ECB’s competence, there is the challenge of harbouring a large number of refugees that had to leave their homes behind. Both these events – although very different in nature – have shown again that Europe can only be strong if it acts in unity on the basis of solidarity and cooperation. This is a lesson we should draw also for the challenges to come.

In my remarks today, I would like to discuss two main topics: first, our assessment of the latest economic developments and its implications for our monetary policy stance; second, the proposals my colleagues and I presented in the Five Presidents’ Report.

Turning to the first topic, let me give you an overview of the economic developments since the last hearing in June. Over the summer, industrial production and other indicators of economic activity showed signs of resilience. At the same time, the macroeconomic environment has become more challenging. Our September macroeconomic projections indicated a weaker economic recovery and a slower increase in inflation rates than we had expected earlier this year. The inflation rate will remain close to zero in the very near term, before rising again towards the end of the year. It will take somewhat longer than previously anticipated for it to converge back to and stabilise around levels that we consider sufficiently close to 2%.

Slowing growth in emerging market economies, a stronger euro and the fall in oil prices and in commodity prices more generally are the main causes for these developments. As a result, renewed downside risks to the outlook for growth and inflation have emerged. For many of these changes, it is too early to judge with sufficient confidence whether they will cause lasting slippage from the trajectory that we initially expected inflation to follow when we decided to expand our asset purchase programme in January. More time is needed to determine in particular whether the loss of growth momentum in emerging markets is of a temporary or permanent nature and to assess the driving forces behind the drop in the international price of commodities and behind the recent episodes of severe financial turbulence. We will therefore monitor closely all relevant incoming information and its impact on the outlook for price stability.

Our monetary policy measures in place, including the TLTROs, continue to have a favourable impact on the cost and availability of credit for firms and households. They have so far prevented a measurable tightening in financial conditions for the real economy despite the recent surge in financial volatility. The sustained decline in the cost of borrowing is strengthening domestic demand, by supporting durable goods consumption and stimulating investment particularly by small and medium-sized businesses. This is making the euro area economy more resistant to external shocks.

Should some of the downwards risks weaken the inflation outlook over the medium term more fundamentally than we project at present, we would not hesitate to act. The asset purchase programme has sufficient in-built flexibility. We will adjust its size, composition and duration as appropriate, if more monetary policy impulse should become necessary.

I am aware that many of you closely scrutinise the potential effect of the low interest rate environment on financial stability; ECON coordinators chose this as one of the topics for today. Building on what I said during the hearing in March, let me underline that we are closely monitoring risks to financial stability, but we do not see them materialising for the moment. Should this be the case, macroprudential policy – not monetary policy – would be the tool of choice to address these risks.

Here, we can build on the recent experience in developing these tools: over the last two years, national authorities in Europe have been active in introducing macroprudential policies, such as caps on loan-to-value or debt-to-income ratios to structurally strengthen the mortgage market and to counter growth in real estate prices as well as mortgage loans. Similarly, to strengthen the banking system, countries have introduced systemic risk buffers, in addition to the buffers for globally systemic banks and other important institutions. However, these macroprudential instruments mainly cover lending through the banking sector. As there are signs that the financing of the euro area economy has tended to shift to non-banks, the coverage of the macroprudential framework needs to start being extended to the shadow banking sector so as to address risks in the financial sector as a whole.

I would also like to say a few words about Greece. During the last hearing in June, I called for a comprehensive and fair agreement with Greece. In the following weeks, coming to such an agreement was very difficult and necessitated tremendous efforts from all those involved. But I am grateful that in the end, an agreement was reached. If it is completely implemented, the new programme will put Greece in a position to grow again and to reap the full benefits of participating in our common currency. The ECB contributed, in line with the provisions laid out in the legal framework, to the negotiation of the programme. In addition, the ECB closely monitored the provision of emergency liquidity assistance by the Bank of Greece according to our rules, taking into account the prospect of a successful completion of the negotiations at any point in time.

Completing EMU: following up on the Five Presidents’ Report

The negotiations over the summer revealed again the fact that our institutional framework is still not commensurate with the requirements of sharing one currency. In the Five Presidents’ Report that we published shortly after the last hearing, the five authors shared one common conviction, namely that to make monetary union stable and prosperous, a more complete union is necessary. But we did not only outline this common conviction; we also presented a concrete roadmap showing how to attain this objective. This roadmap should now guide our discussions in the months to come.

From our perspective, two elements are of particular importance. First, despite the best efforts of all actors involved, the crisis has shown that monetary union requires a political centre; a centre that can take the relevant fiscal, economic and financial decisions for the euro area as a whole in a swift and transparent manner with full democratic legitimacy and a clear set of responsibilities given to it by the legislators. It is in this spirit that I have called repeatedly for a move from rules-based coordination to sharing of sovereignty within common institutions. The report proposes a euro area treasury as one example. Such ideas now need to be spelled out.

But we should also go further with regard to our policies. The report makes clear that EMU will also need to strengthen its tools to manage and prevent the build-up of fiscal, financial and other macroeconomic risks. In the last few years, notably with the reforms strengthening the economic governance framework and setting up the ESM, SSM and SRM, we have made important first steps in improving our crisis prevention and crisis management toolkit. But we are not there yet.

Most imminently, we should move towards completing banking union through a common backstop for the Single Resolution Fund and through a European deposit insurance scheme. Both are essential to create a truly single banking system to mirror our single currency, and both are crucial to underpin the credibility of banking union and finally achieve its initial promise, namely breaking the bank-sovereign nexus, making the financial system more resilient, and protecting the interests of taxpayers. At the same time – going beyond the confines of the banking sector and banking union – we must make progress in developing a capital markets union to enhance further the scope for cross-border private risk-sharing.
In addition, we need to prevent imbalances – whatever their nature – from developing into a crisis environment.

Therefore, we need a new convergence process based on the capacity of our economies to withstand shocks and grow out of them quickly. This would imply not only a more robust financial system as just described, but also stronger governance over structural reforms and a tighter control of national fiscal policies. To ensure that Member States can adjust to shocks, whatever their size, we will also need to add a layer of fiscal stabilisation at the European level.

Taken together, these steps towards completing EMU would help to make the euro area not only survive, but thrive and prosper.

On that note, I am now looking forward to your questions.