Assessing the new phase of unconventional monetary policy at the ECB, by Vítor Constâncio, Vice-President of the ECB 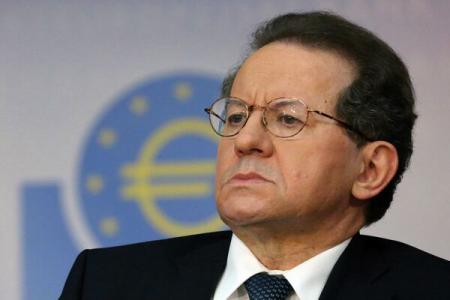 Assessing the new phase of unconventional monetary policy at the ECB

Panel remarks prepared by Vítor Constâncio, Vice-President of the ECB,
at the Annual Congress of the European Economic Association
University of Mannheim, 25 August 2015

It is a great pleasure to participate in this policy panel and to share the stage with such distinguished fellow participants.

My plan today is to present some key features of the monetary policy measures recently implemented by the ECB. As you all know, in January this year the ECB launched the most recent addition to its suite of tools – the public sector purchase programme (PSPP), popularly referred to as quantitative easing. Together with a programme of targeted liquidity provision and a programme of private sector asset purchases, the PSPP marked a new phase of the ECB’s unconventional monetary policy.

Previous non-standard measures were mainly aimed at redressing impairments in the monetary policy transmission mechanism and fostering a regular pass-through of the monetary policy stance. Their implications for the ECB’s balance sheet were accommodated in a merely passive way to satisfy the liquidity demand created by banks. In contrast, with the new measures implemented since June 2014, the Governing Council is more actively steering the size of the ECB’s balance sheet towards much higher levels in order to avoid the risks of too prolonged a period of low inflation in a situation where policy rates have reached their effective lower bound.

The launch of the new phase of non-standard measures in June 2014 must be viewed in the context of the decline in inflation rates since the second half of 2013, which was accompanied by persistently fragile euro area growth prospects, even after the sovereign debt crisis abated over the course of 2012. The economy was still in recession for most of 2013 and annual GDP growth figures only became positive in late 2013, leaving significant economic slack.

A weak recovery took hold over the course of 2014 with growth rates around and below 1%, but the outlook deteriorated again during the autumn, with inflation turning negative later that year. The 2015 GDP growth forecasts for the euro area in the ECB staff macroeconomic projections had declined from 1.7% in June to 1% by December.

At the same time, and in contrast to previous developments, weak growth was accompanied by a prolonged period of declining inflation, which went from 3% at the end of 2011 to -0.2% in December 2014. Credit supply conditions in the euro area remained tight, despite signs of improvement, as indicated by the responses to bank lending surveys. These developments were particularly worrying because they were accompanied by a decline in longer-term inflation expectations.

This combination of very low growth in both output and prices was clearly suggestive of a shortfall in aggregate demand and called for further easing of the monetary policy stance. Key ECB interest rates reached their lower bound – with a negative rate for the deposit facility – and further unconventional measures were deployed, drawing in part on the experience of other central banks. Besides lowering key interest rates in June and September 2014, which took the deposit facility rate into negative territory, the Governing Council has implemented the following set of unconventional monetary policy measures over the past year.

In June 2014, as part of a set of credit easing measures, the Governing Council announced the introduction of targeted longer-term refinancing operations (TLTROs), offering medium-term credit at fixed rates to banks that are willing to extend credit to the private sector.

In September and October 2014 the Governing Council initiated a programme of outright purchases of private sector assets, in particular of covered bonds and asset-backed securities.

The programme aims to maintain market neutrality by purchasing assets across the whole maturity spectrum between two and 30 years. The purchases are allocated across countries according to the ECB’s capital key and any losses emanating from the programmes would be shared between the national central banks and the ECB in an 80%/20% ratio.

The effects of the measures have to be assessed jointly and taking into consideration that some of the measures started to produce results before the decisions were actually taken. This is particularly true of the PSPP, which was adopted in January; a survey of market participants conducted in October 2014 showed that over 50% were already anticipating that such a programme would shortly be adopted.

The distinguishing feature of the new phase of our unconventional monetary policy is the switch to a more active steering of the ECB’s balance sheet.