Mario Draghi, President of the ECB: The economic policy of Federico Caffè in our times 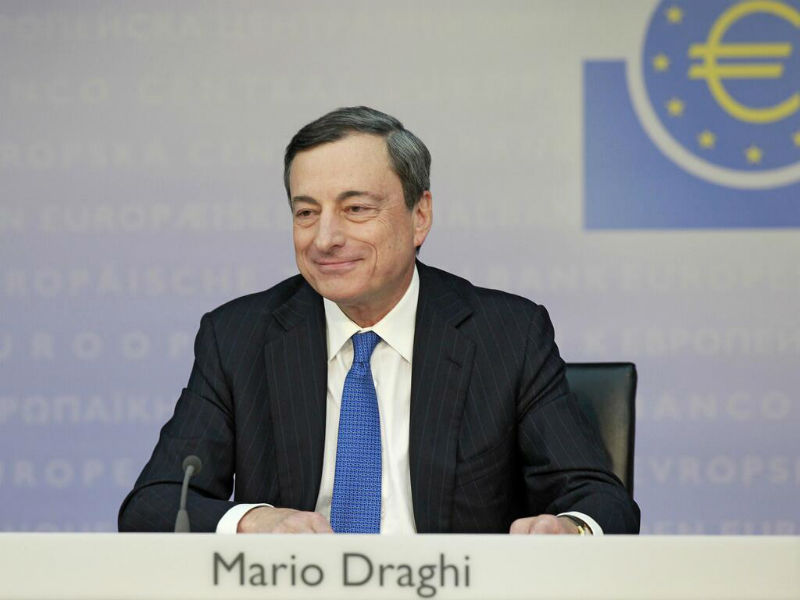 The economic policy of Federico Caffè in our times

Speech by Mario Draghi, President of the ECB,
to mark the centenary of the birth of Federico Caffè at the Lecture room of the School of Economics and Business Studies “Federico Caffè”,
Rome, 12 November 2014

Knowledge of the real world: institutional, social, behavioural; indignation about what, in this reality, violated fundamental ethical principles, or even economic rationality, when he saw stupidity inclined to serve greed; an authoritative call to action to jointly reprove a passive acceptance of reality; what to do about both inequities and inefficiencies: this was the economic policy of Federico Caffè and this is now economic policy in its supreme form.

This is his full and complex personality, which responds to reality with reason, with passion, with action, and which feels the need to share all this with his students, and which has made him unforgettable.

We students (I graduated under his guidance in 1970 with a thesis on the Werner Plan, the forerunner of the single currency, in which I argued that the conditions for its implementation did not exist at that time), we have experienced certainly different professional lives, also because of the different interpretations we have given of his teachings, but united in the belief that economic policy meant an analysis of reality, a denial of its distortion and use of our knowledge to remedy it.

It is with this legacy of thought that we are confronted. And today I want to share with you the action that the ECB has taken to respond to the crisis in which the euro area, and especially Italy, has found itself for many years now.

The current unacceptable level of unemployment – 23% of young people aged between 15 and 24 years do not have a job – conflicts with any notion of fairness, is the greatest waste of resources, inflicts damage on human capital, affects the potential of economies, pushing down growth for years to come.

This unemployment has its origins first in the great recession which has touched all the advanced economies; then in the sovereign debt crisis which has concentrated the job losses in those countries where the debt and the public deficit were higher, where the fiscal instruments of macroeconomic stabilisation have been paralysed by the need to show to investors that the debt, despite the crisis, was sustainable; in those countries where the transmission mechanism of monetary policy has stopped working, causing a credit crunch that has further aggravated the crisis.

The ECB has reacted to the crisis on three fronts. As for “conventional” monetary policy, it has cut interest rates from 1.5% in November 2011 to 0.5% today. It has reduced the interest rate paid by banks on their deposits at the ECB from 0.75% in November 2011 to -0.20% today. It also activated at the end of 2011 credit lines for the banking system amounting to €1 trillion and with an unprecedented maturity of three years. Subsequently, facing the re-emergence of the sovereign debt crisis and a serious crisis of confidence about the survival of the euro, it introduced the now famous outright monetary transaction programme which has helped to rapidly reduce uncertainty in the financial markets in the euro area and to realign spreads with the credit rating. More recently, it has introduced a further three measures of unconventional monetary policy: the TLTROs, credit lines of up to four years that can be used by banks for loans to households and businesses; two programmes for the purchase of covered bonds and ABS with the aim being to further expand liquidity via operations directed towards the real economy. All these policy actions, accompanied by the expected maintenance of interest rates at their current level for a long period of time and an ongoing expansion of the ECB’s balance sheet, together with the commitment by the Governing Council to take further unconventional policy actions should medium-term inflation expectations worsen or if the measures already decided on prove to be insufficient, has led to an unprecedented degree of monetary accommodation. Today, all the current and expected market interest rates over all horizons are lower than they have ever been, and lower than they are today in the United States.

But most of the measures taken may have effects on the real economy only through banks, which in the euro area intermediate about 80% of the credit. Only if they pass on to households and businesses the extraordinarily accommodative conditions in terms of interest rate, the maturity, the quantity that the ECB offers them, will monetary policy be fully effective with its stimulus. For that to happen it is not only necessary for there to be demand for credit from customers able to repay it, but that they [the banks] themselves are healthy. It is to this end that the ECB, on the eve of becoming the single supervisor for the euro area, together with all the national supervisory authorities, launched a year ago the recently completed comprehensive assessment of the 130 most significant European banks.

Another obstacle has thus been removed to the contribution that the ECB’s monetary policy can make to reviving growth.

Monetary policy has done and will continue to do its part but it is not enough. On the demand side, just bear in mind that since 2007 private investment in the euro area has fallen by 15% and public investment by 12%.

Let’s not forget that in some countries of the euro area unemployment was already high even before the crisis. At the same time there is ample evidence that a significant proportion of the current unemployment is structural.

A fiscal policy which, in compliance with the existing rules, may see more investment and lower taxes, together with an accommodative monetary policy are not enough to generate a revival of strong and sustainable growth without the necessary structural reforms in product and labour markets.

Increased competition, the completion of Europe’s single market, measures which would allow unemployed workers to quickly find a new job, thus reducing the period of unemployment, measures which would raise the level of specialisation and adapt it to the demand have long been on the economic policy agenda of many euro area countries: may the thought now make way for action.

It is clear that both demand and supply side policies are necessary.

The lesson of 2012 has taught us that the crisis of confidence in the euro was also caused by uncertainty about the future of the single currency – which turned out to be unfounded. Amid this uncertainty, European leaders responded in June 2012 by creating the banking union which led to the ECB becoming the single supervisor. This was the most important act of integration that has ever been decided on since the creation of the euro.

Ties that endure need a solid basis of mutual trust. The euro area countries have in recent years greatly strengthened their ties and correspondingly expanded the basis of trust on which they rest: the single monetary policy, with common fiscal rules, now with a banking union and a single banking supervision and soon with a common capital market.

Our experience shows that sharing national sovereignty is a precondition for lasting trust in planning our shared European journey.